In the hills of life there are two trails. One lies along the higher sunlit fields where those who journey see afar, and the light lingers even when the sun is down; and one leads to the lower ground, where those who travel, as they go, look always over their shoulders with eyes of dread, and gloomy shadows gather long before the day is done.

This, my story, is the story of a man who took the trail that leads to the lower ground, and of a woman, and how she found her way to the higher sunlit fields. 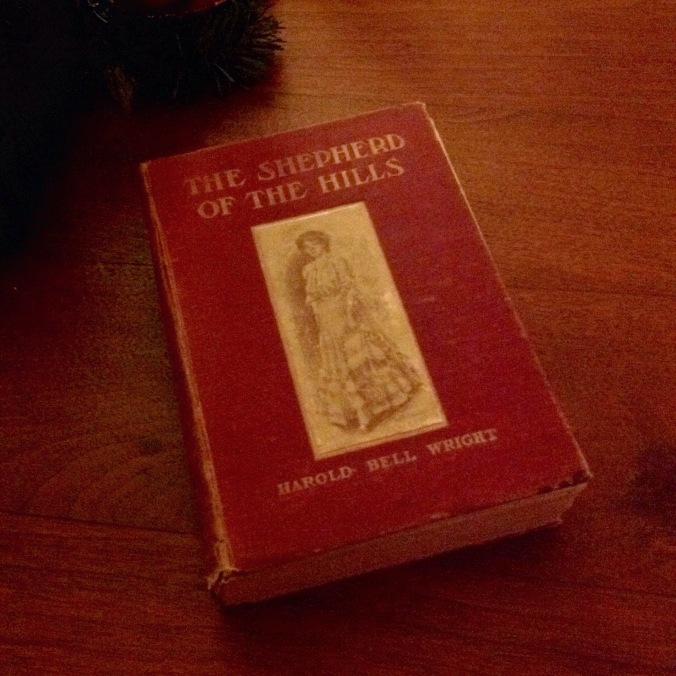 So begins a book I first read as a young teenage girl and then re-read maybe two or three times more before becoming an adult. Next to the old fashioned preteen girl’s Beautiful Girlhood, this book held the most influence in my hopes and dreams and outlook on life.

The setting of this story is in my native Ozark hills. For someone who grows up in these hills, there is a burning love for them that never dies no matter how long you’ve been gone from them. There is the beauty of them, of course. But there is something else too….

Something wild and free and proud…

And a romanticism and idealism of larger than life men and women.

All of those hard to put into words feelings are artfully condensed into this masterful telling of a tale by Harold Bell Wright. This book, The Shepherd of the Hills,at one time in the early 20th century, had sold more copies than any other book other than the Bible.

I don’t believe I had read the book again in the past twenty-five, maybe even thirty years. But, I have picked up several old copies over the years that I treasure. There is something about the romance of old cloth covered books with their fade pictures of Gibson girls and long white dresses, and the fragile yellow pages with their musty smell. My collection of these and other books by Wright as well as other well known authors of that early 1900s rest in a four shelf lawyers bookcase in our living room. 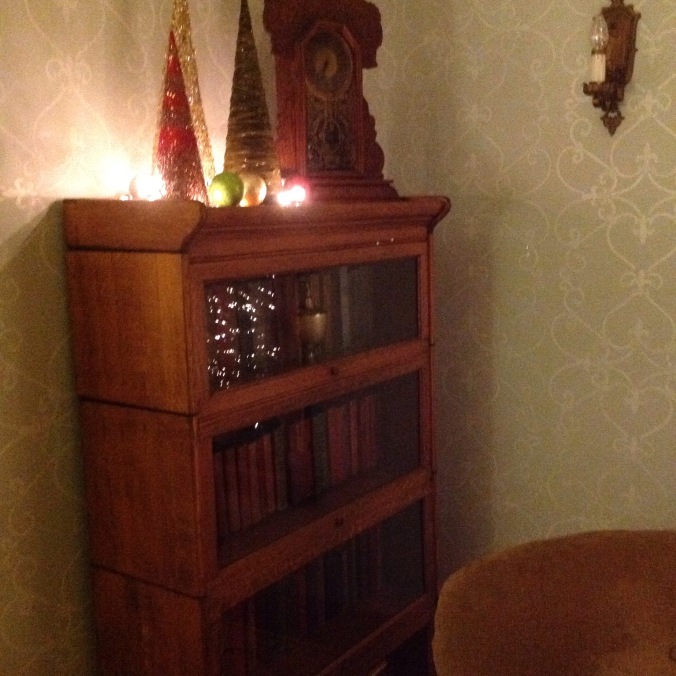 Last weekend we spent the weekend in Branson, Missouri. It’s hard to believe, but Cedric was only about 6 months old when we were last there. So that makes it about thirteen years ago. This visit brought back feelings of nostalgia and even homesickness. I remembered my fierce love for the Ozarks and my naive romanticism of this place.

So I picked up The Shepherd of the Hills and read it again this week. I remembered why I had identified with it so deeply. Not only does it describe the wild beauty of the place;

” Preachin’ Bill” who runs the ferry says, ” When God looked upon th’ work of his hands an’ called hit good, he war sure a looking’ at this here Ozark country. Rough? Law yes! Hit war made that way on purpose. Ain’t nothing to a flat country no how. A man jest naturally wear hisself plumb out a walk in’ on a level ‘thout ary down hill t’ spell him. An’ then look how much more there is of hit! Take forty acres o’ flat now an’ hit’s jest a forty, but you take forty acres o’ this here Ozark country an’ God ‘lmighty only knows how much ‘twould be if it war rolled out flat. ‘Taint no wonder ‘t all, God rested when he made these here hills; he jest naturally had  ‘t quit, fear he done his beatenest an’ war plumb gin out.”

But I identified with the heroine, Sammy Lane. Like her, I felt young and strong. But with a keen mind, I too wondered what was beyond the hills. And more than anything like her, I longed to be a sure ‘nough lady…

“You know all about these things, Dad. And there ain’t nobody else here that does. Will you learn me to be a sure ‘nough lady, so As Ollie won’t – so he won’t-” Again she paused in confusion. It was evident, from the look on Mr. Howitt’s face, that,whatever he saw, it was not this.

“I feel somehow like I could do it, if I had a chance,” she murmured.

And like her, How little I realized how much I really had….

“My girl, my girl,” said the shepherd, ” you misunderstand me. I do not mean that. It would be a pleasure to teach you. I was thinking how little you realized what the real life of the city is like, and how much you have that the ‘fine ladies,’ as you call them, would give fortunes for, and how little they have after all that could add one ray of brightness to your life.”

As I read this story again, I realized how very differently I read it now then when I was a teenager. As a girl I read it with all the idealism and hope of a perfect future. Sammy Lane and Young Matt were perfect, the apex of humanity. This was who I wished to be…This is who I would be.

But it’s funny how real life works out. Harold Bell Wright, when he wrote this moving tale in 1906 he dedicated it to his wife of 7 years, Frances.

TO FRANCES, MY WIFE

In memory of that beautiful summer in the Ozark hills, when, so often, we followed the old trail around the rim of Mutton Hollow – the trail that nobody knows how old- and from Sammy’s lookout watched the day go over the western ridges.

Yet, ten years later, they were divorced.

In the book, Sammy Lane stays in the hills and marries her perfect match, Young Grant Matthews. She is the quintessential lady; lovely in form and figure even after a row of perfect children. Her home reflects the beauty and dignity of the sure’nough lady she had become with its lovely and carefully arrange furnishings.

It is a book after all.

But, I did pick up on a theme that I don’t remember noticing before. That is that sometimes people can go on both the high road on the sunlit hill tops and the low road into the shadows.

Then the man with the proud face, the face of a scholar and a poet, drew back from the window, shaking with a fear he could not control. He crept into a corner and crouched upon the floor. With wide eyes, he stared into the dark. He prayed.

And this is how it came about that the stranger, who followed the Old Trail along the higher sunlit ground, followed, also, the other trail down into the valley where the gloomy  shadows are;  there to live at the ranch near the haunted cabin- the shepherd of Mutton Hollow.

I suppose I missed this when I was eighteen because I didn’t realize how much truth it was.

I also had managed to  miss the main theme of the book until now 30 years later.

” he is dying yonder.Dr. Coughlan is with him- and Pete – Pete is there, too. I-I came for you. He is calling for you. I came to tell you. All that a man may suffer here, he has suffered, sir. Your prayer has been doubly answered, Mr Matthews. Both father and son are dead. The name- the old name is perished from the face of  the earth. For Christ’s dear sake, forgive my boy, and let him go. For my sake, sir, I-I can bear no more.”

Who but He that looketh upon the heart of man could know the battle that was fought in the soul of that giant of the hills? He uttered no sound. He sat in his seat as if made of stone; save once, when he walked to the end of the porch to stand with clenched hands and passion shaken frame, facing the dark clump of pines on the hill.

Slowly the moon climbed over the ridge and lighted the scene. The mountaineer returned to his chair. All at once he raised his head, and, leaning forward, looked long and earnestly at the old shepherd, where he sat crouching like a convict awaiting sentence…..

Then the shepherd felt a heavy hand on his shoulder, and a voice, that had in it something new and strange, said, “Dad,-my brother,- Daniel, I-I ain’t got no education, an’ I – don’t rightly know how to say it-but, what these hills have been to you- you have been to me. It’s sure God’s way, Daniel.  Let’s- let’s go to the boy.”

And redemption….always, redemption. For a middle aged girl still wanting to be a sure ‘nough lady, it’s sure what I need.

on living expansively, honestly and hopefully

A place to encourage and see real life as a blessing.

An Inspirational Exhale From Les and Tya

The Cottage at 341 South
Plan to Eat

no coward soul is mine

Drumbeats from My Wigwam

Life in the Shoe

Because the Holy Ghost over the bent world still broods.